When I started this blog it was going to be about life in a Bailey! As things have turned out it's become more of a kind of ramble about our rambles. Rest assured any relevant Bailey bits will be mentioned!!

We were left with a week in August which included the Bank Holiday Monday. We were hoping to go somewhere mildly more exciting than Brean, but as I had left it so late to book, we had to grab what we could get! So Unity it would be. We thought Smartie had better have an outing, so suitably loaded up off we went for our epic adventure and a mere 45 minutes later, we were safely settled in the Yellow field by the duck pond on a super pitch.

The sun beamed down, so out with the sun loungers and an early glass of wine and a bit of evening sunshine!  We decided we had better do holiday things as we were staying for a whole week, so I had downloaded loads of holiday touristy things to do which we thought we would try out. The first thing would be to explore the fort at Brean Down.


The morning was beautiful, clear and sunny. Brean Down is nearly 100 metres high, sticking out into the Bristol Channel which has the second highest tidal range in the world. It's the bit before Steep Holme and Flat Holm and gives fabulous views out to the Somerset Levels. Mendips, Bristol Channel and on a clear day Wales. Cobwebs will be cetainly blown away here, a good stout pair of shoes or walking boots essential, although we saw loads of Grannies and children in flip flops and a few Yummy Mummies in the odd pair of heels! The walk is fabulous, steep in bits but not that strenuous, we were glad we were not pushing a push chair! A National Trust stronghold , so if you are a member free parking. 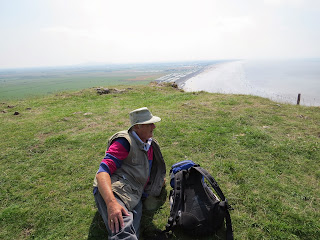 Even Den made it to the top with a bit of huffing and puffing!
We wandered on to the the fort. Built in Victorian times, how you may wonder it's in the middle of nowhere? Smelly in places, but a very interesting hour spent rambling around the site and taking the bracing sea air and sunshine. 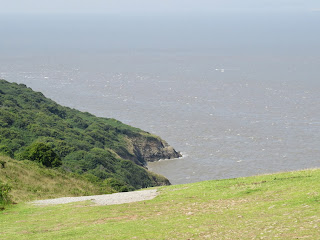 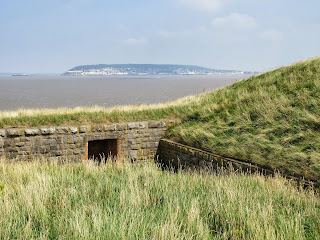 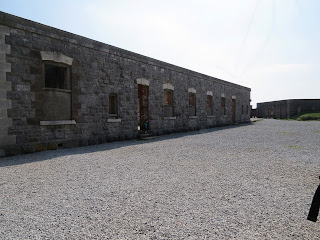 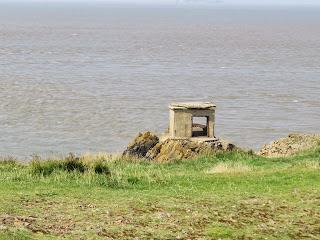 We ambled back via the lower pathway , spectacular views all the way and a steep path back down to the car park. Certainly worth the effort and I would imagine different views at different times of the year.

Our next foray was to explore the area around Uphill. We had heard that there was a campsite near the beach at the marina. It was a beautiful spot but not really for our kind of camping! We did have another fabulous walk here among the sand dunes and along Weston Beach. certainly a return trip called for. Also a great little cafe by the marina which looked good to eat in although we didn't try it. 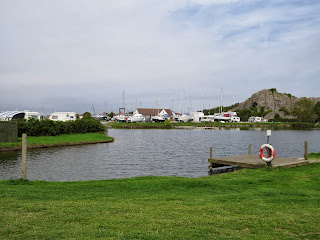 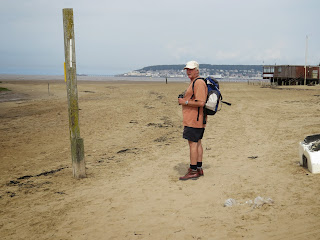 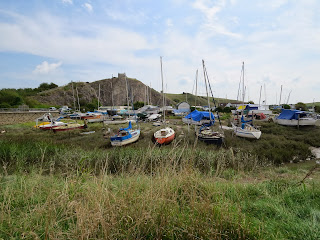 This is such an interesting area of Weston and not one we had been to before. This part of Somerset is beautiful and we only managed one of the many walks I had downloaded for this area, so a return called for.

As the week went on we were really getting into the tourist spirit! Next on the agenda was Axbridge. What a lovely little place that was. Again full use made of our National Trust Membership at King John's Hunting Lodge on Axebridge, we still had to pay to get in though, the building is only rented to the NT. 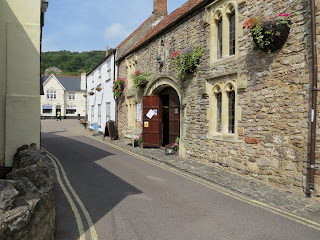 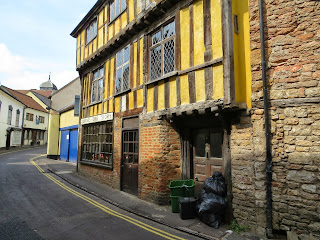 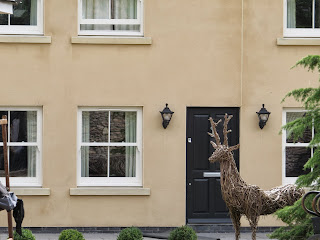 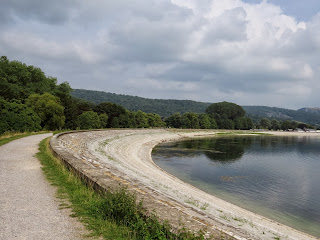 We walked around the reservoir braved the wild animals ( sheep) climbed a mountains ( well, grassy banks) and tramped down a few very long lanes. Finally, we arrived back in Axbridge for a well deserved cuppa in Ye Olde Tea Shoppe. Another very satisfying day.

For the remainder of the week we managed a trek on the beach at Burnham to see the weird 9 legged lighthouse. Moules by the beach in the Cove at Weston, a trip to the Helicopter Museum and loads of beachy walks. A great week in Somerset , glorious weather and strangely a holiday to remember. 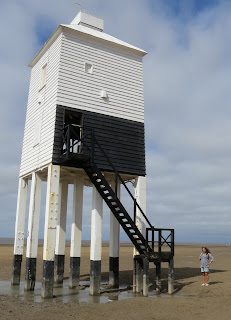 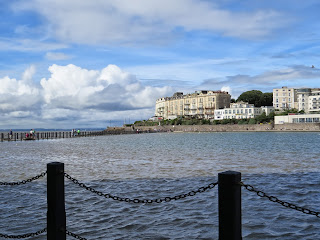 The marine lake at Weston. We had Moules in the restaurant overlooking the Marina, outside in the sun. 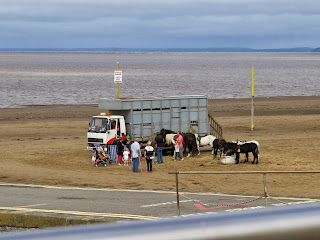 There be donkeys on the beach. 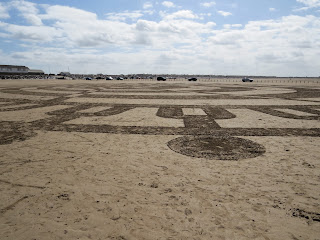 Alien goings on, on the beach at Brean. Or perhaps too much cider? Seriously we couldn't work out how they did this, it was like the crop circles. Spooky!!

Finally, a modellers paradise on the beach. The day of the aeroplanes. Models of every description flying. Apparently, it's a kind of unofficial modellers convention held every year. We spotted the planes on the camp site and then went down on the beach to watch. 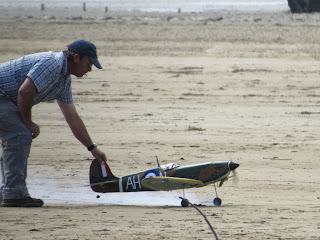 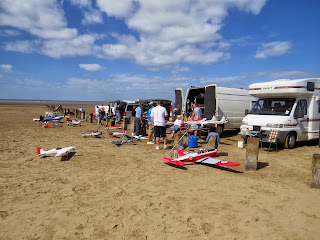 Now, I wonder what Autumn will be like in them  there parts of Zomerzet?? Time to find out soon.