This is strictly outside the remit of this blog but fun anyway and our adventures with Fiona, Harry and their 4x4 Bakkie in South Africa certainly worth writing about. Harry's Bakkie is kitted up for 3 weeks unsupported camping with solar panels for power, a huge water supply and fridge freezer for provisions. Complete with a roof tent,awning and even an outside shower. Toilet provisions mean digging a hole, but out in the African bush it's hardly an issue, although Fiona's late night encounter with a hippo is really scary and certainly beats any tales a motor homer may tell about rabbits, moles and spiders, when on toilet breaks! Fiona and Harry are made of sterner stuff and take in their stride all the bush can throw at them! 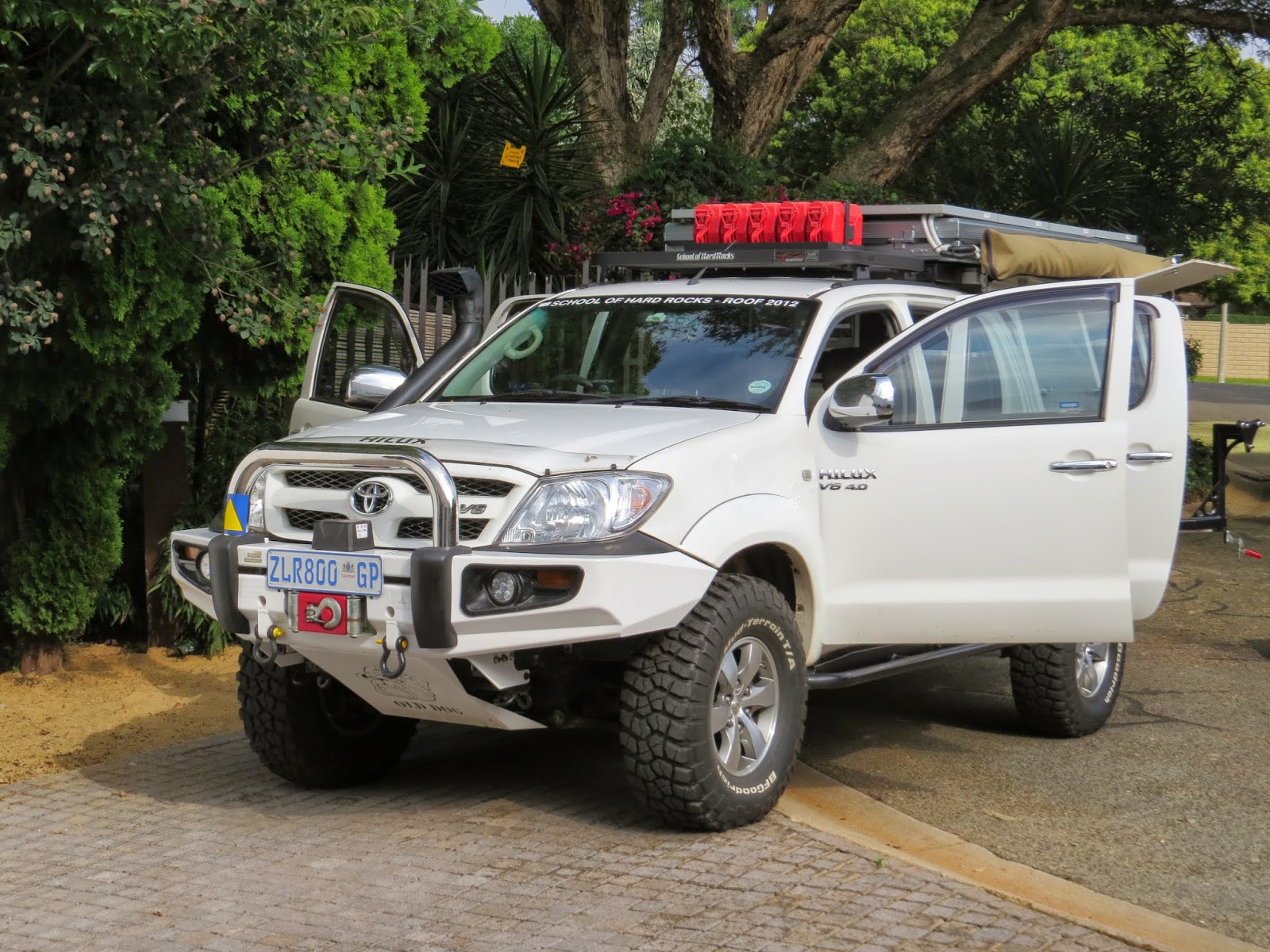 We started our adventure in Johannesburg at Fiona's and Harry's beautiful house. After a lovely evening with them, we set off the next morning to their farm at Hazyview near Neilspruit in the north of the country, not far from the Kruger National Park. The journey was around 5 hours and included some beautiful scenic drives and some fabulous scenery which defys any photo. Africa is such a huge country almost too big for us little "islanders" to take in. It seemed so odd to us, chasing North to the sun.
We arrived at the lovely farm which used to grow avocados and many were still on the trees. Harry had described the farm as primitive, we thought it was very up together with stunning views across the valley and fascinating wildlife. We were quite pleased not to meet the crocodiles, although we did manage to find a porcupine quill for our Grandson. We had BBQ's and an amazing walk down to the river on the farm, Harry leapt about on the rocks but thankfully decided it was a bit to dangerous for us "townies" to cross the river. We retreated to the lodge to take in the views. The farm is a beautifully serene place to be in and we loved every moment of it. 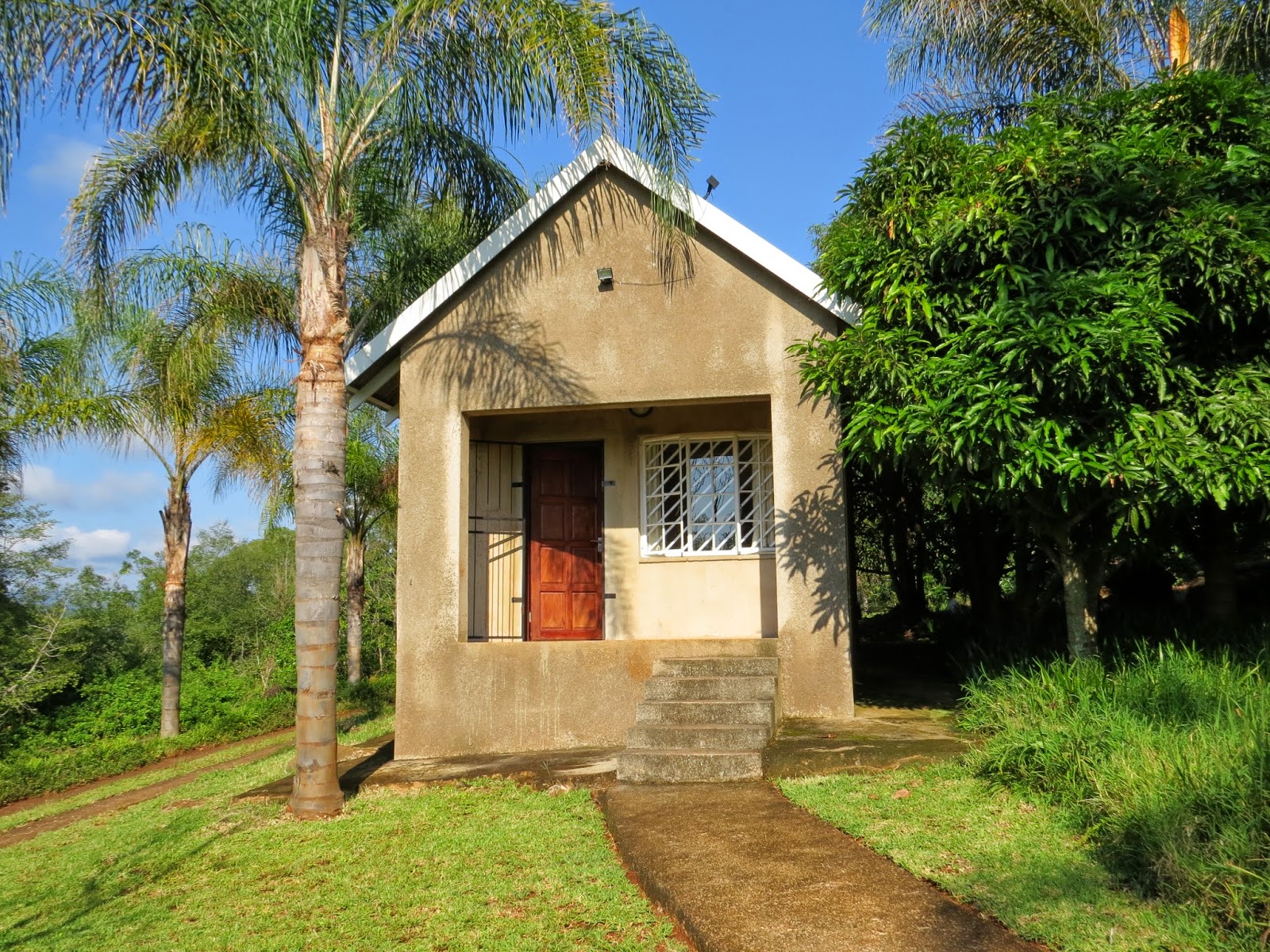 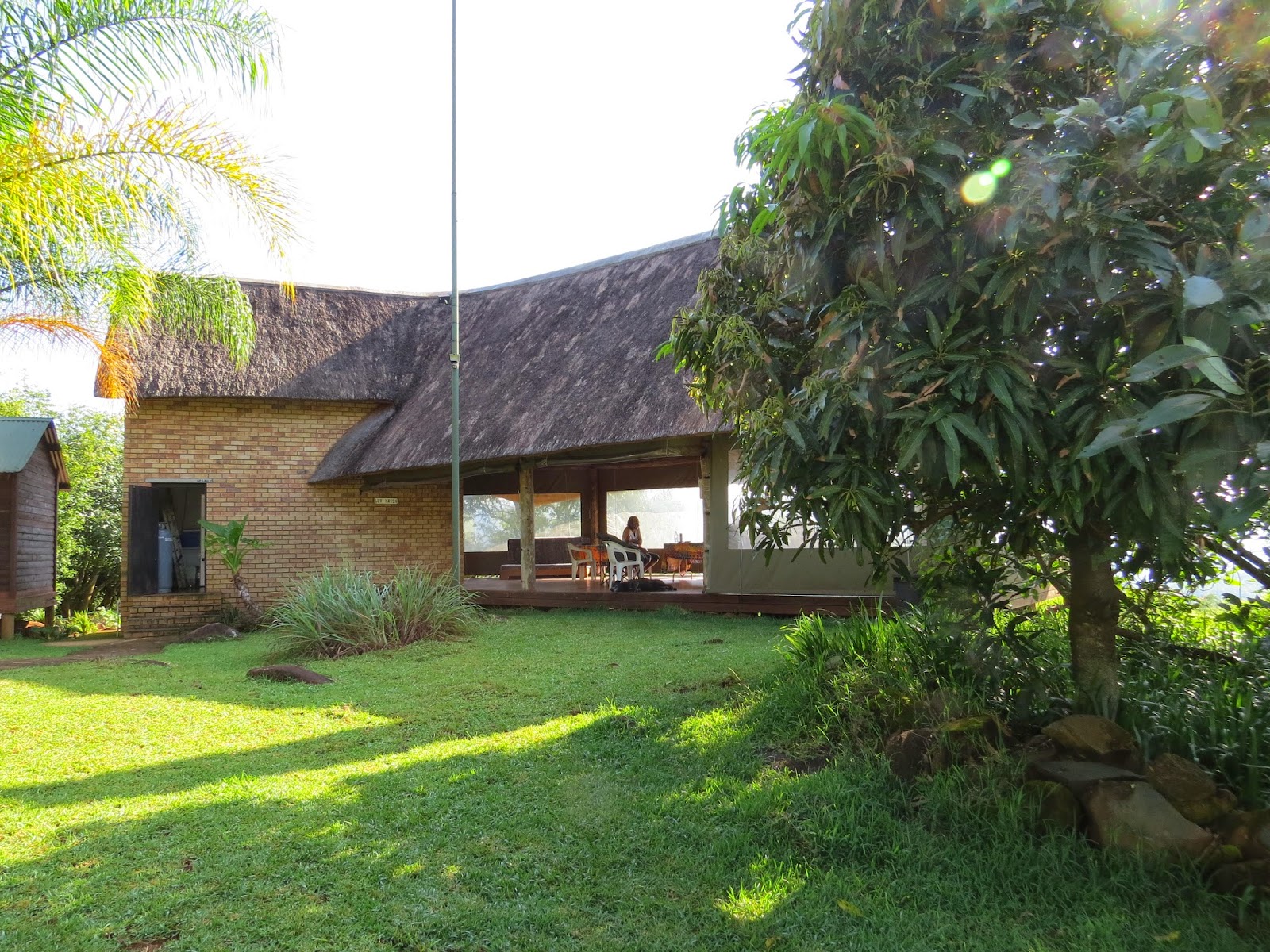 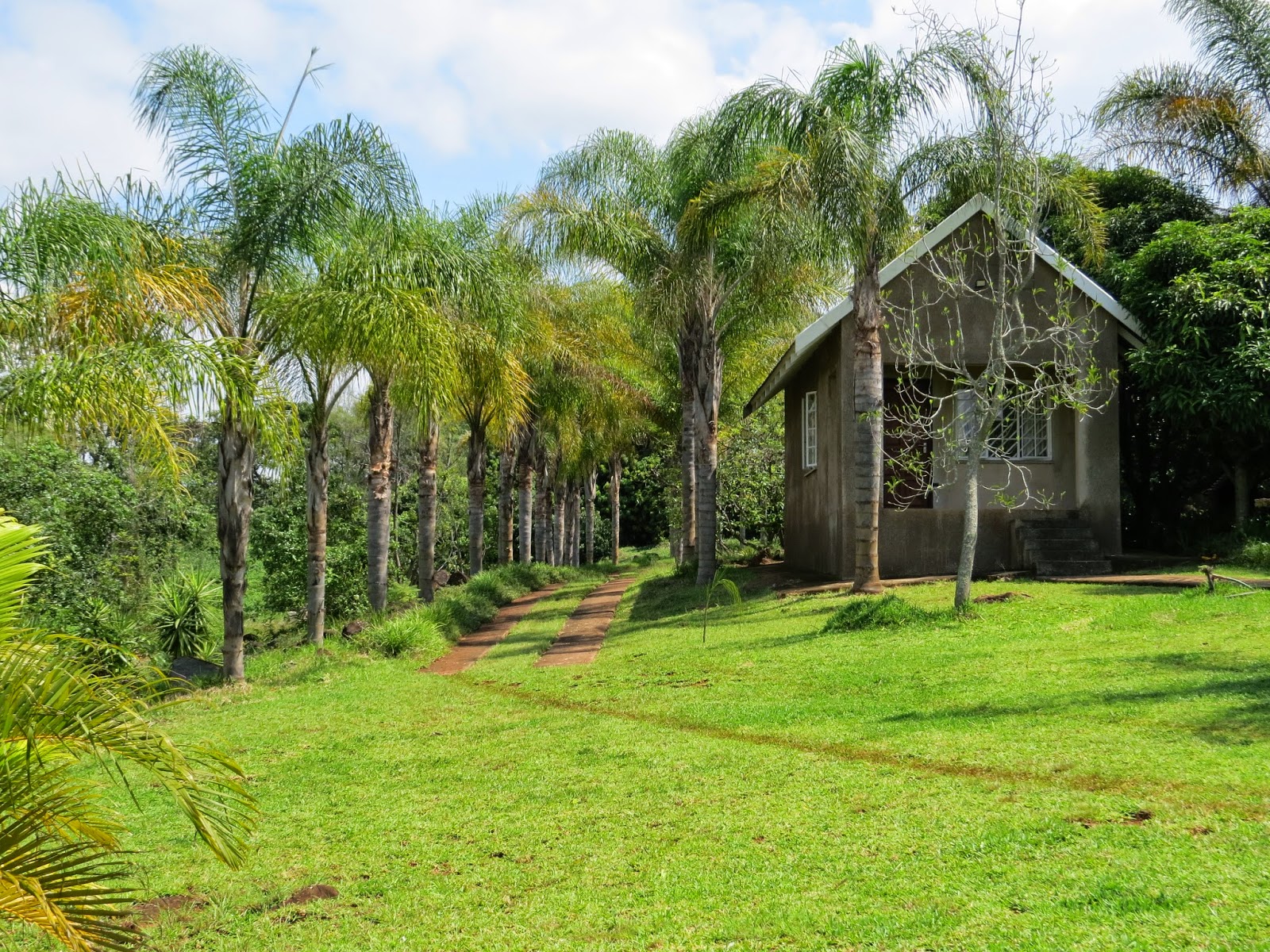 Harry and Fiona have planted loads of palm trees on the farm which grow rapidly in the heat. No mean feat as the farm is covered in massive rocks which have to be moved. Digging out the pool and putting up buildings here is a real labour of love! 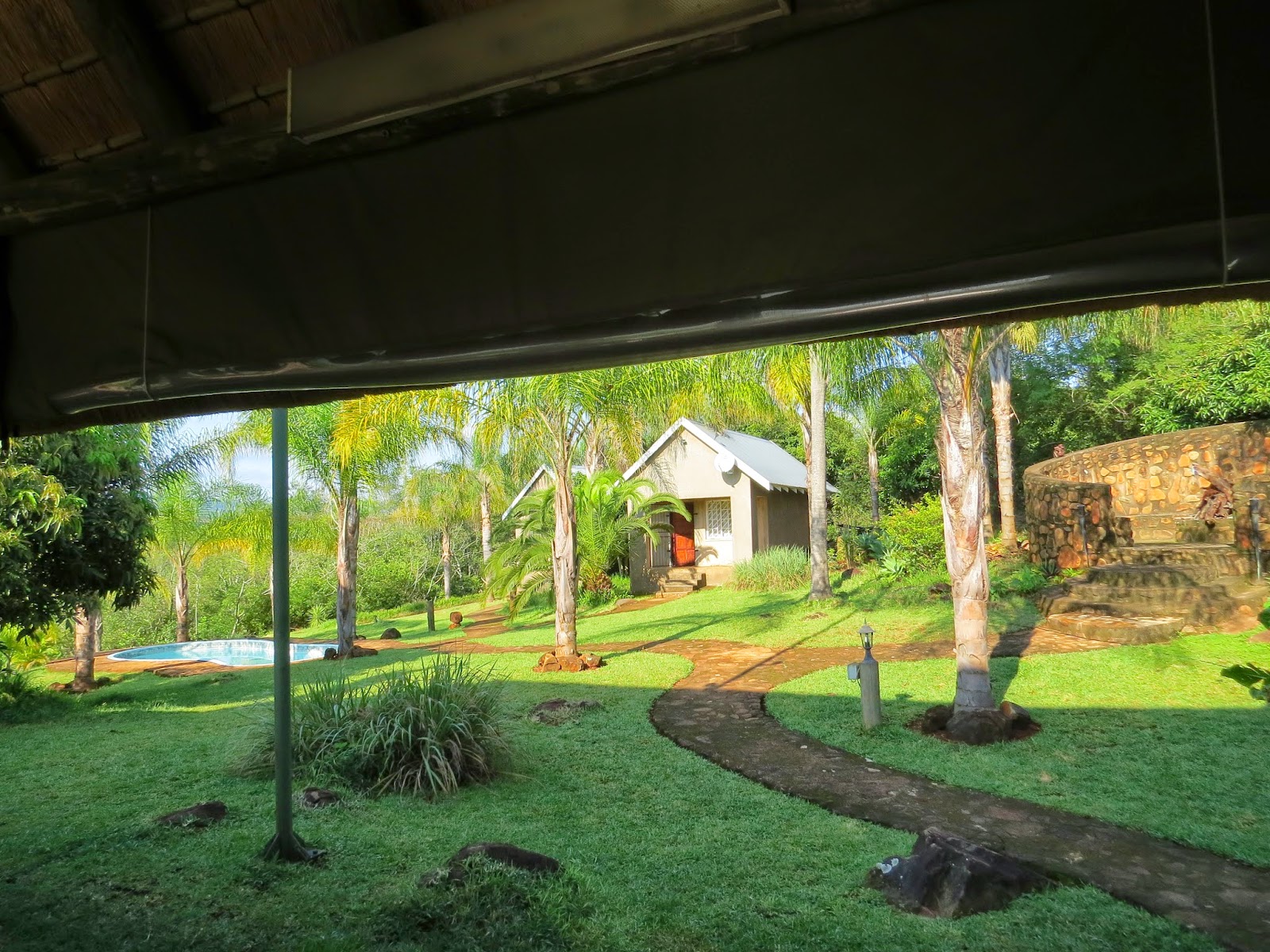 Even putting down simple paths is a major endurance engineering project. 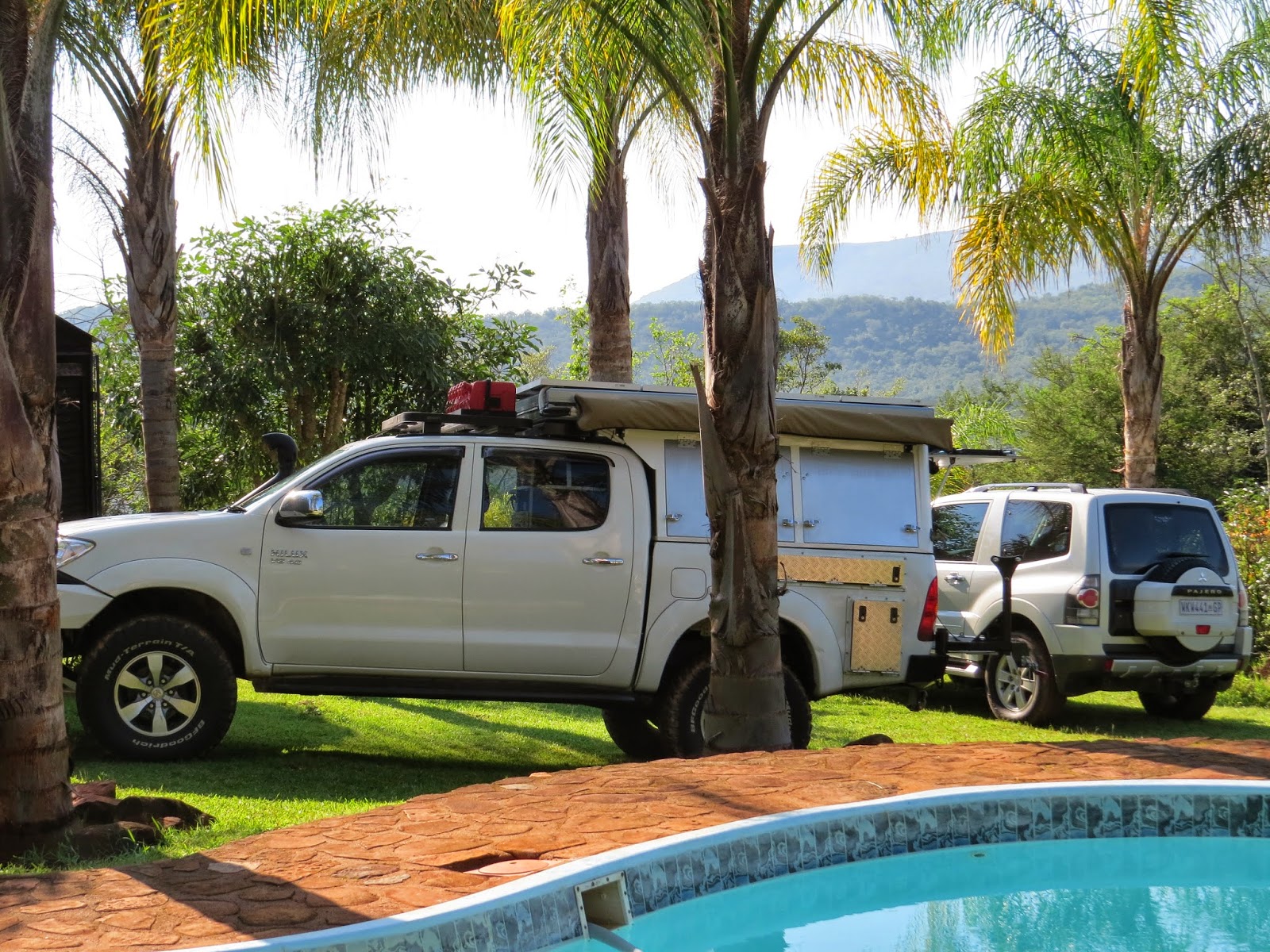 The farm has a river running through the land at the bottom complete with waterfall. We trekked to the river edge taking the dogs with us. Harry said they would frighten the snakes away, reassuring!!! It worked, we didn't meet any. 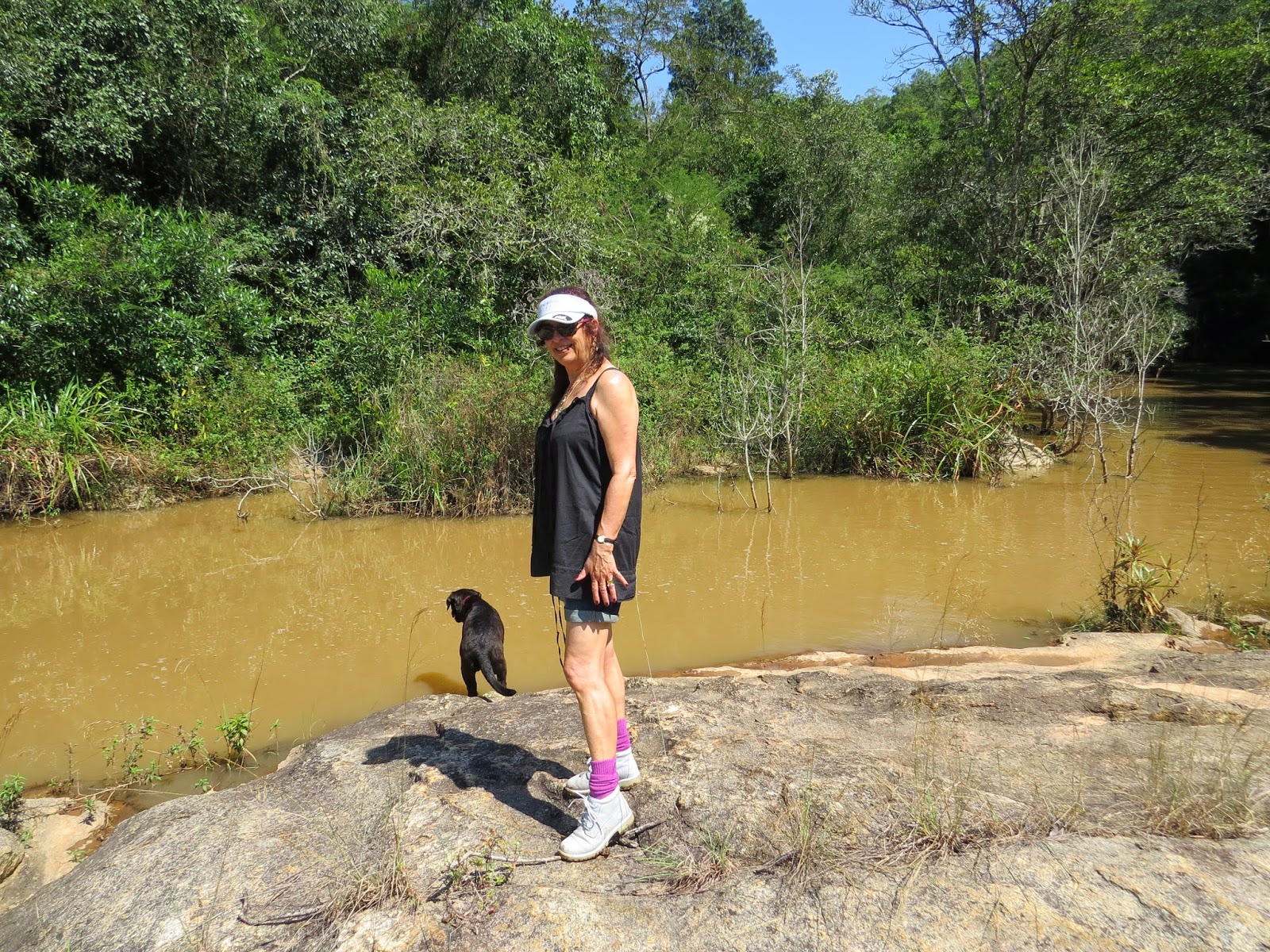 I was really pleased not to meet a croc! This is a favourite spot for Harry and Fiona.Thankfully Harry said it was too difficult to cross for us ! The river is part of the farm property, wildlife included. 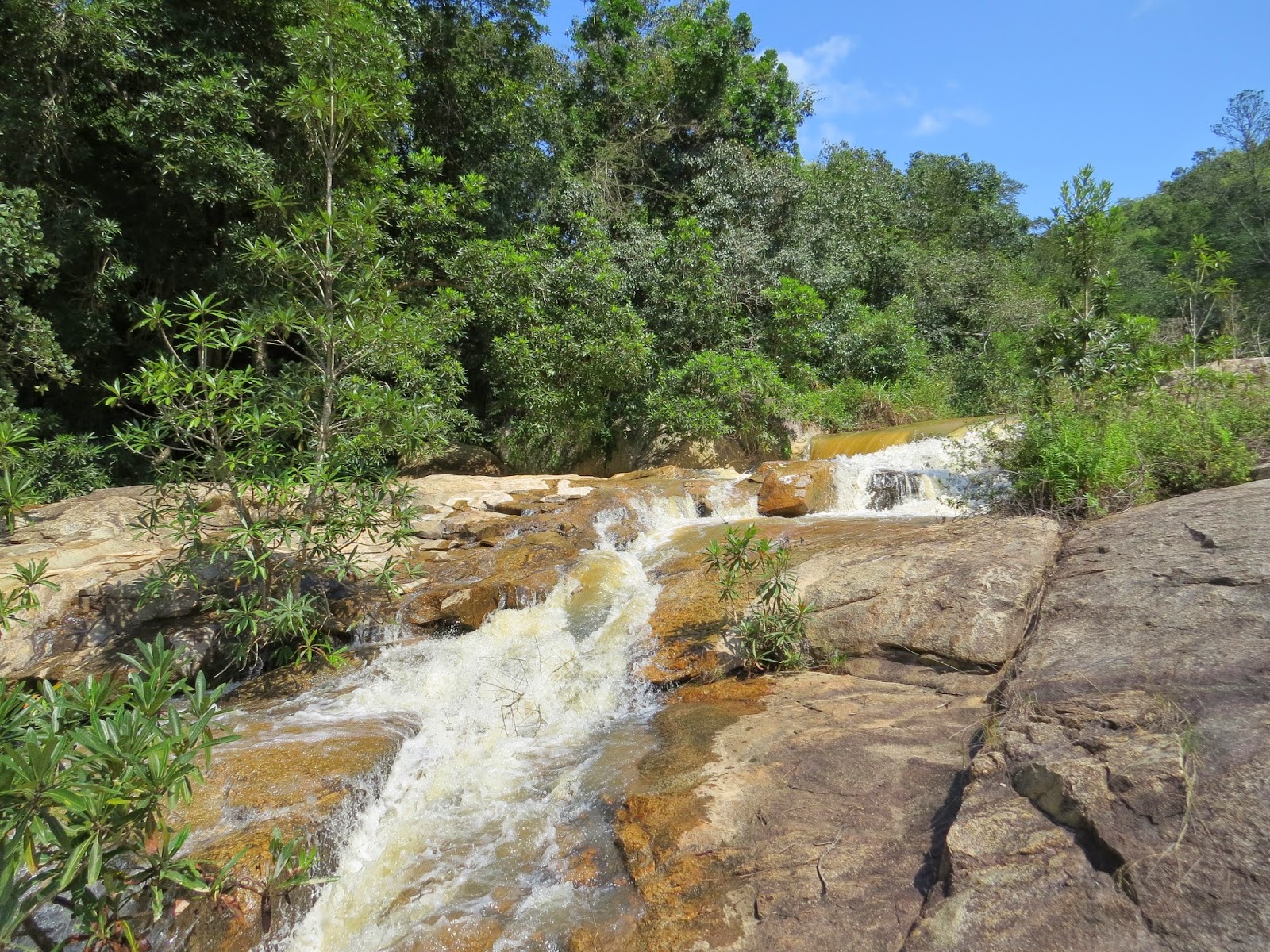 This spot by the river is a truly magical place to be. 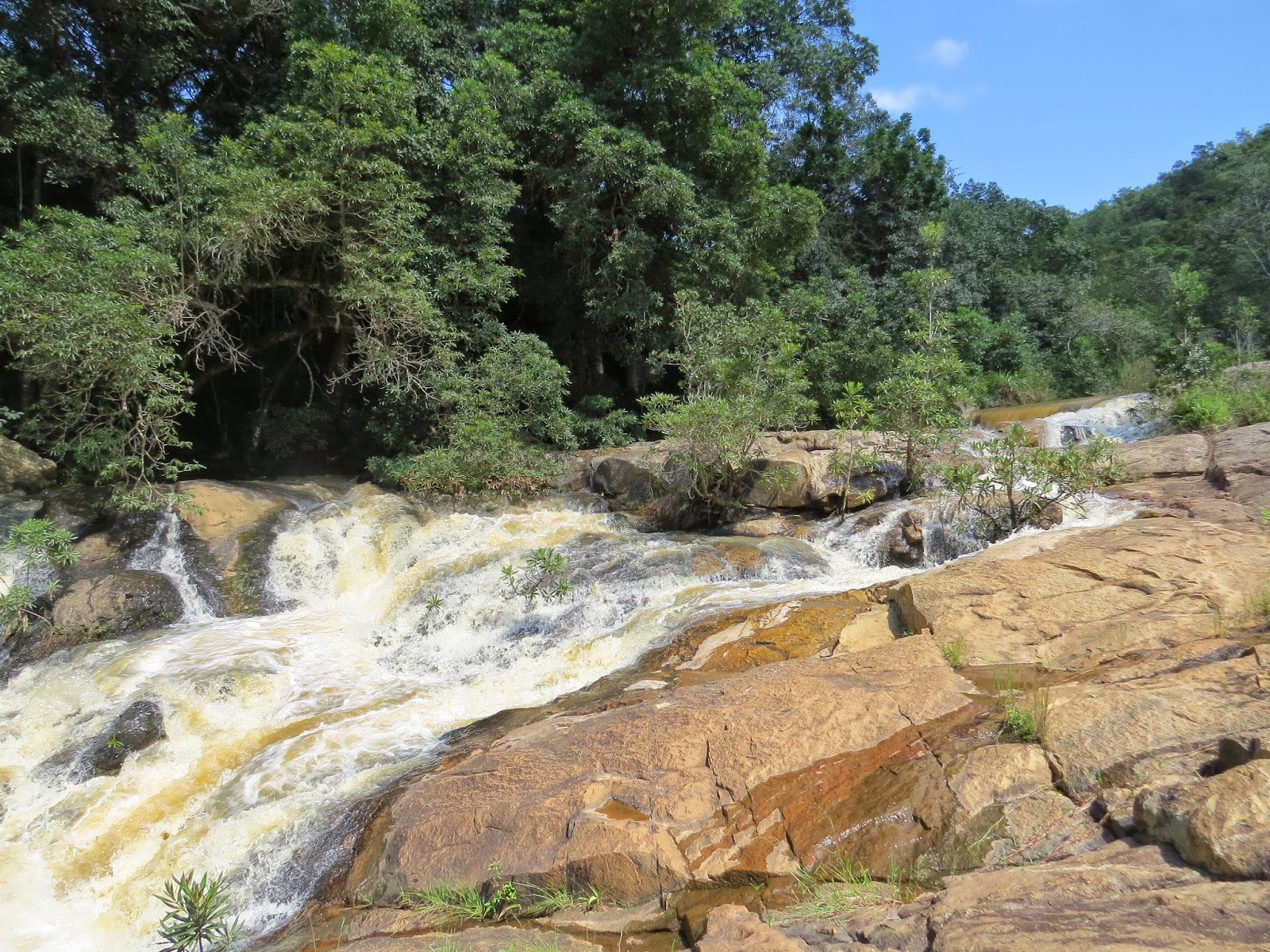 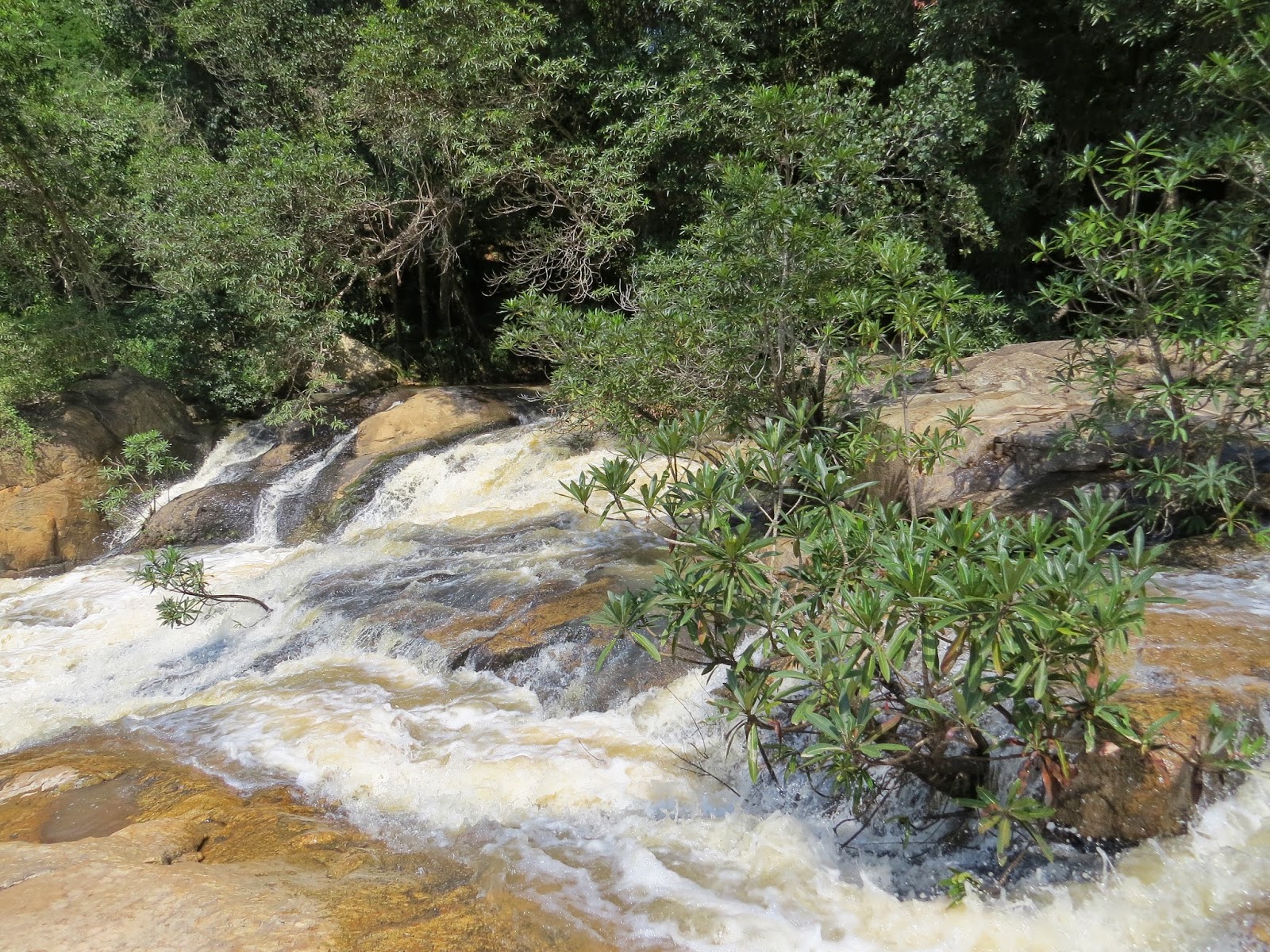 The climb back to Base Camp was well worth the effort.
Our next little outing was to The Kruger National Park, just on the doorstep of the farm. Touristy and busy but we were so lucky that day as we saw 4 of the Big 5 before lunch! 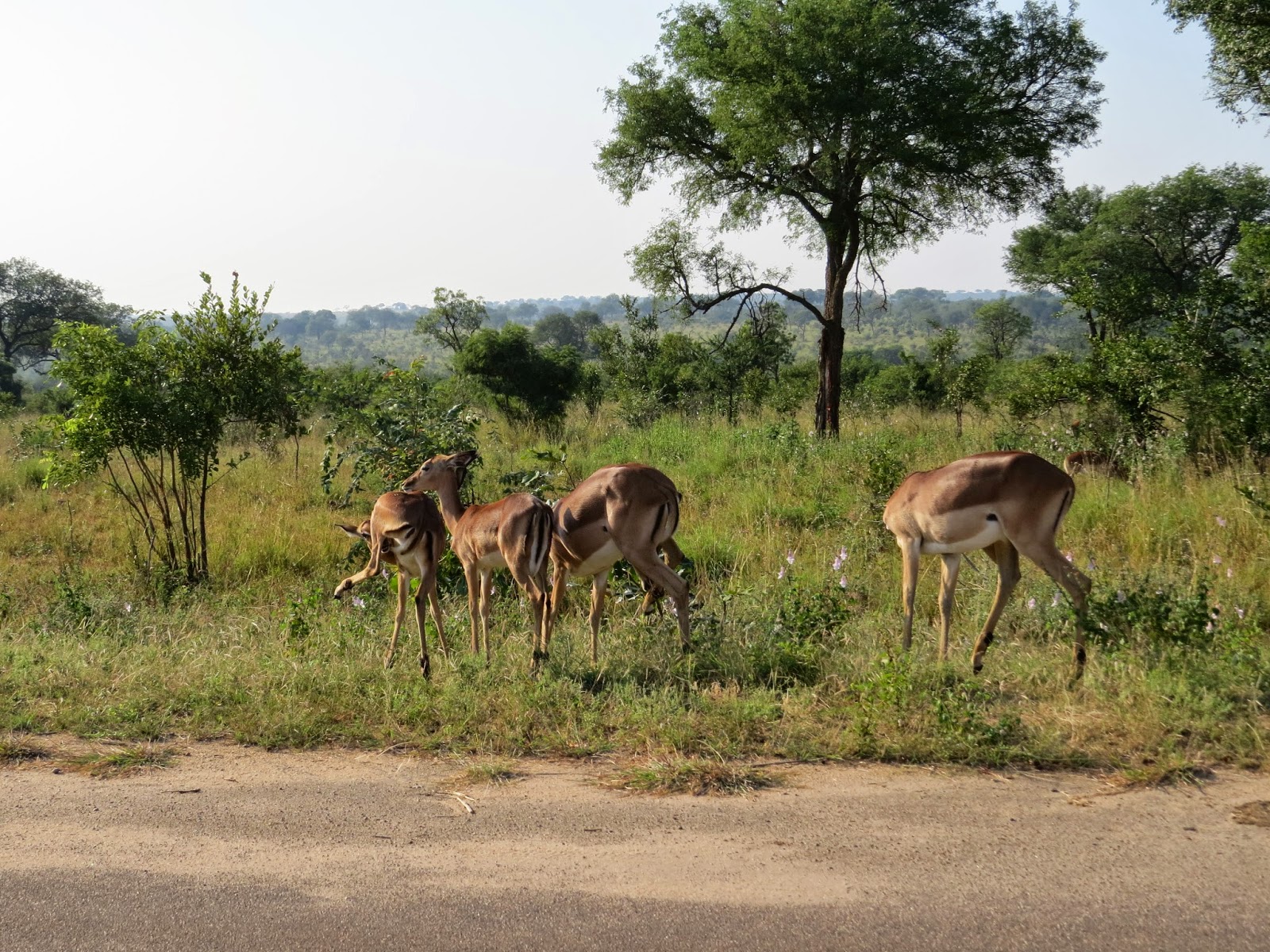 The impala are adorable and in beautiful condition. Their camoflage is perfect and they are so playful. However many we saw we still loved seeing them. 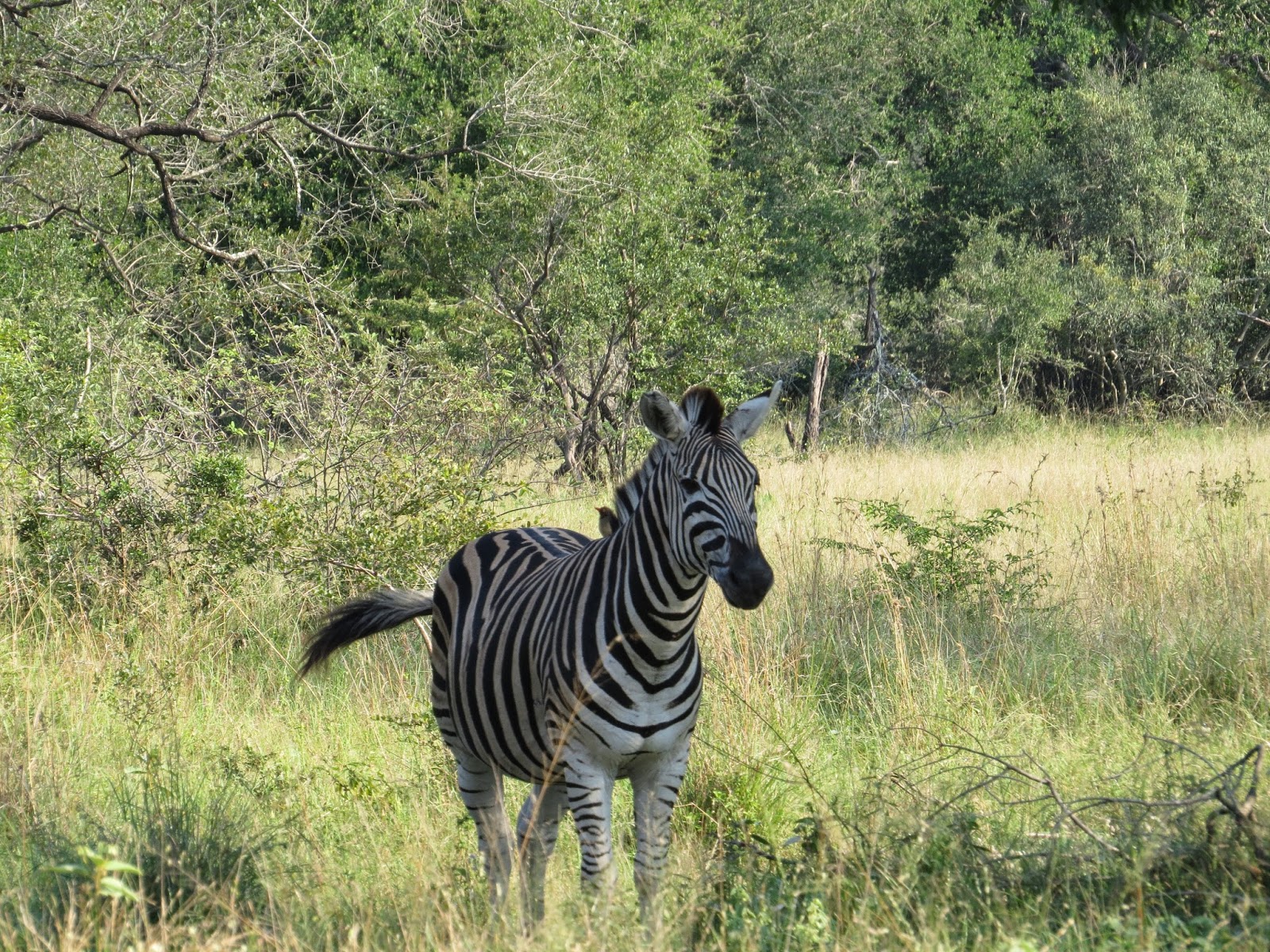 ﻿
Zebra in the wild are so funny and they appear to get on with most other animals, I guess unless they are seen as food! We saw loads at Kruger. 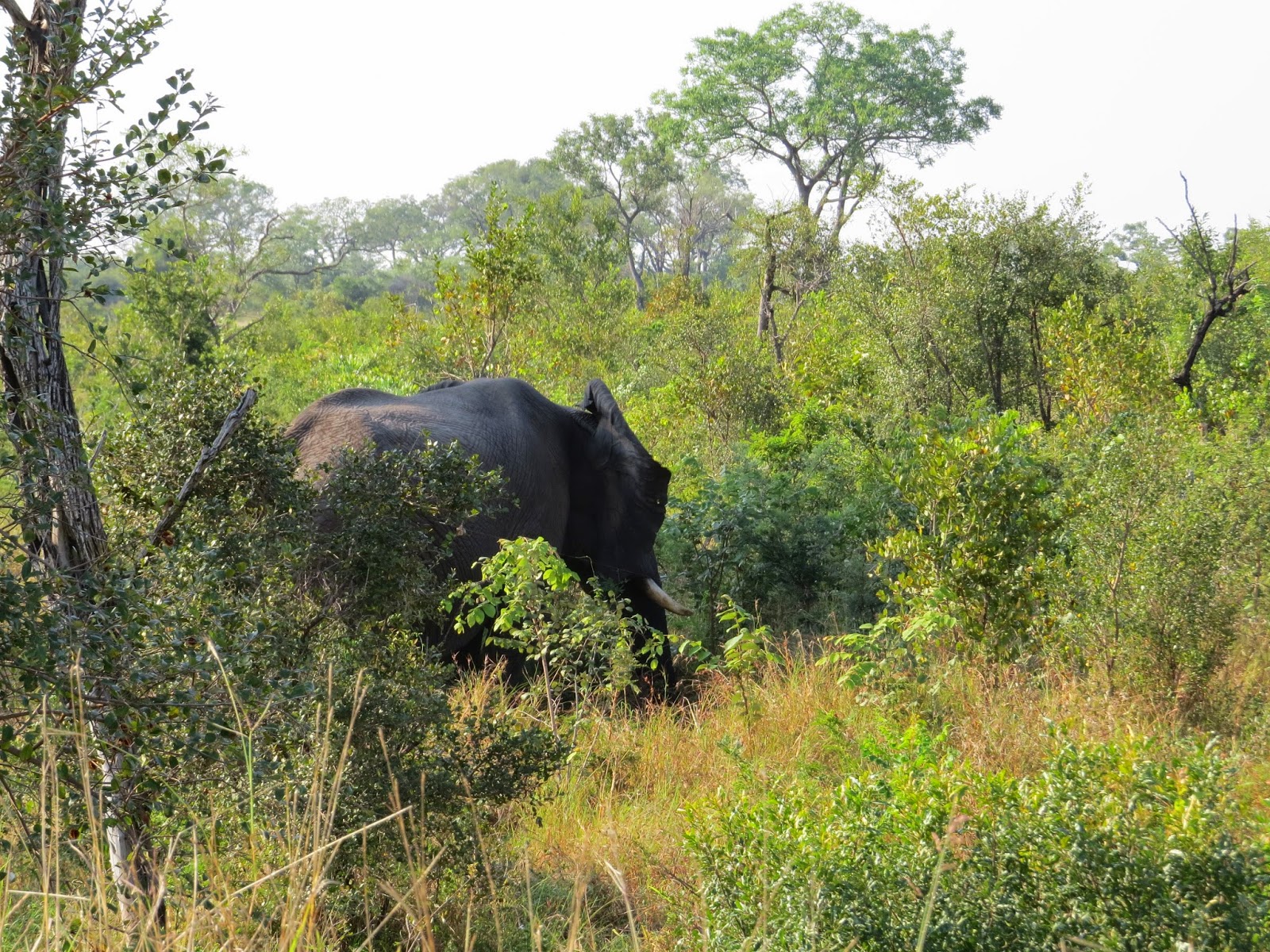 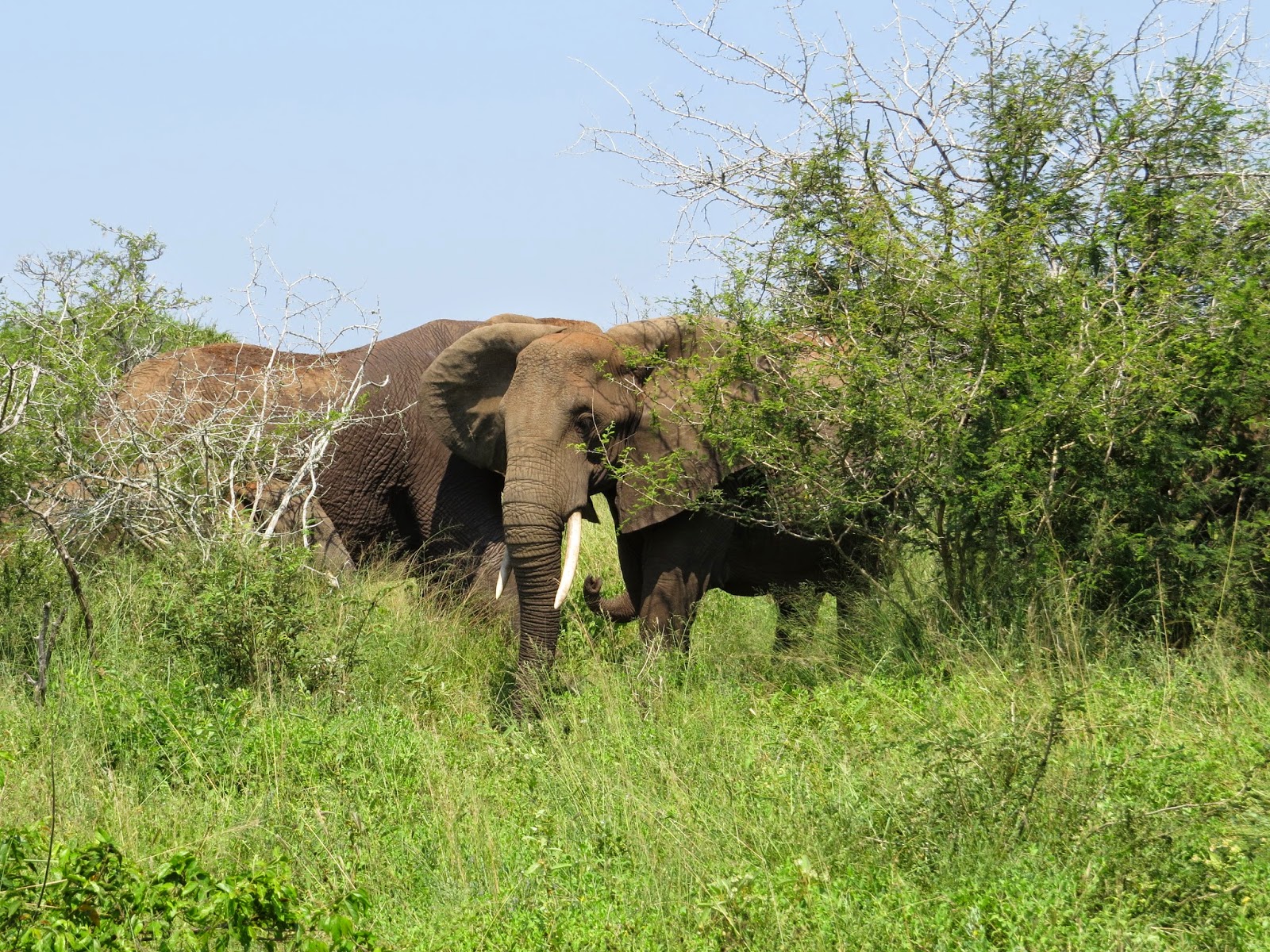 Strangely I was really scared of the elephants. This was a lone bull one, later we saw breeding groups but I found them forbidding! I guess it's sheer size and strength. Later in our hoilday we went in search of the long tusk elephant which we didn't find, I was kind of relieved we didn't come across any. 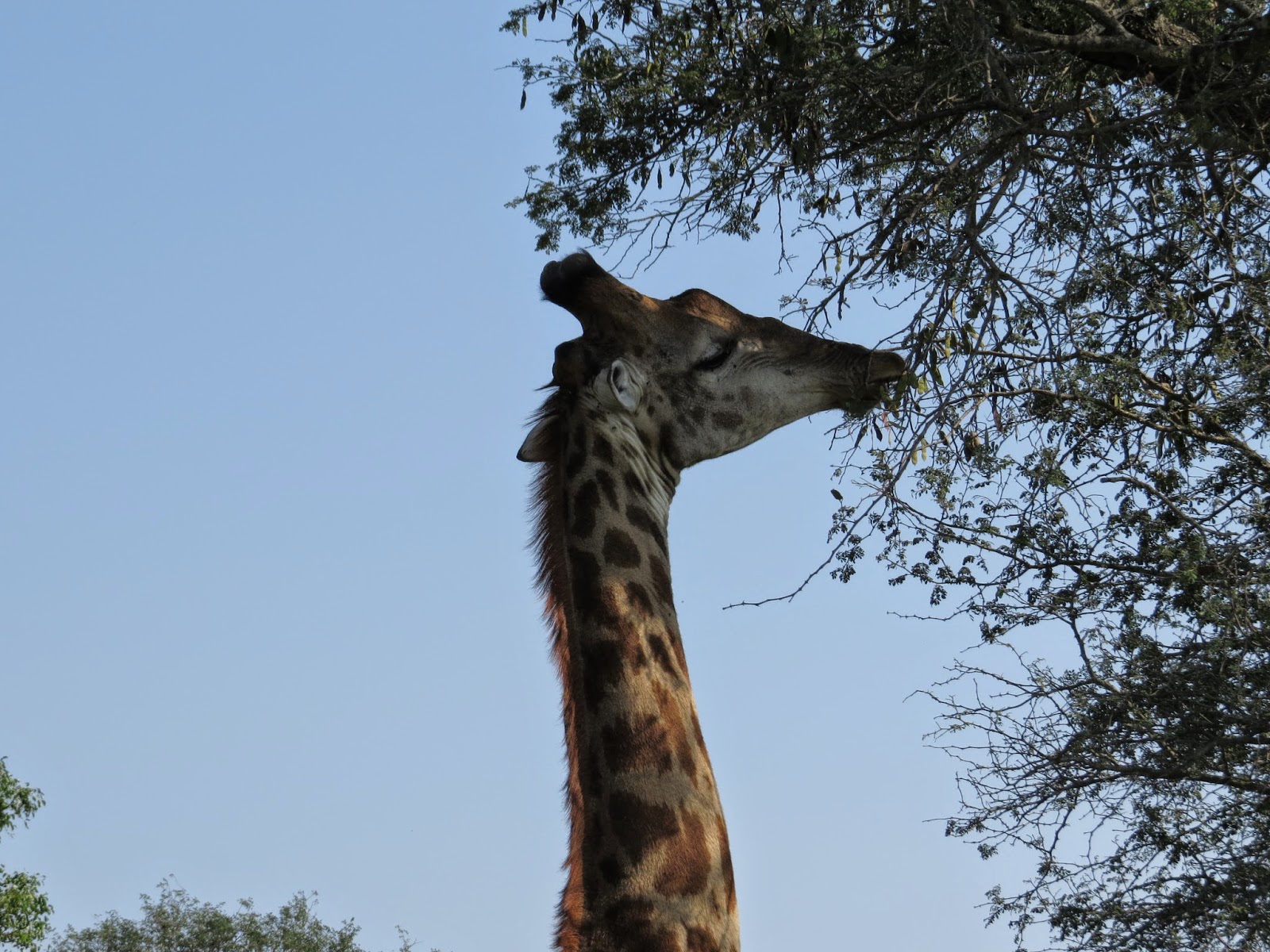 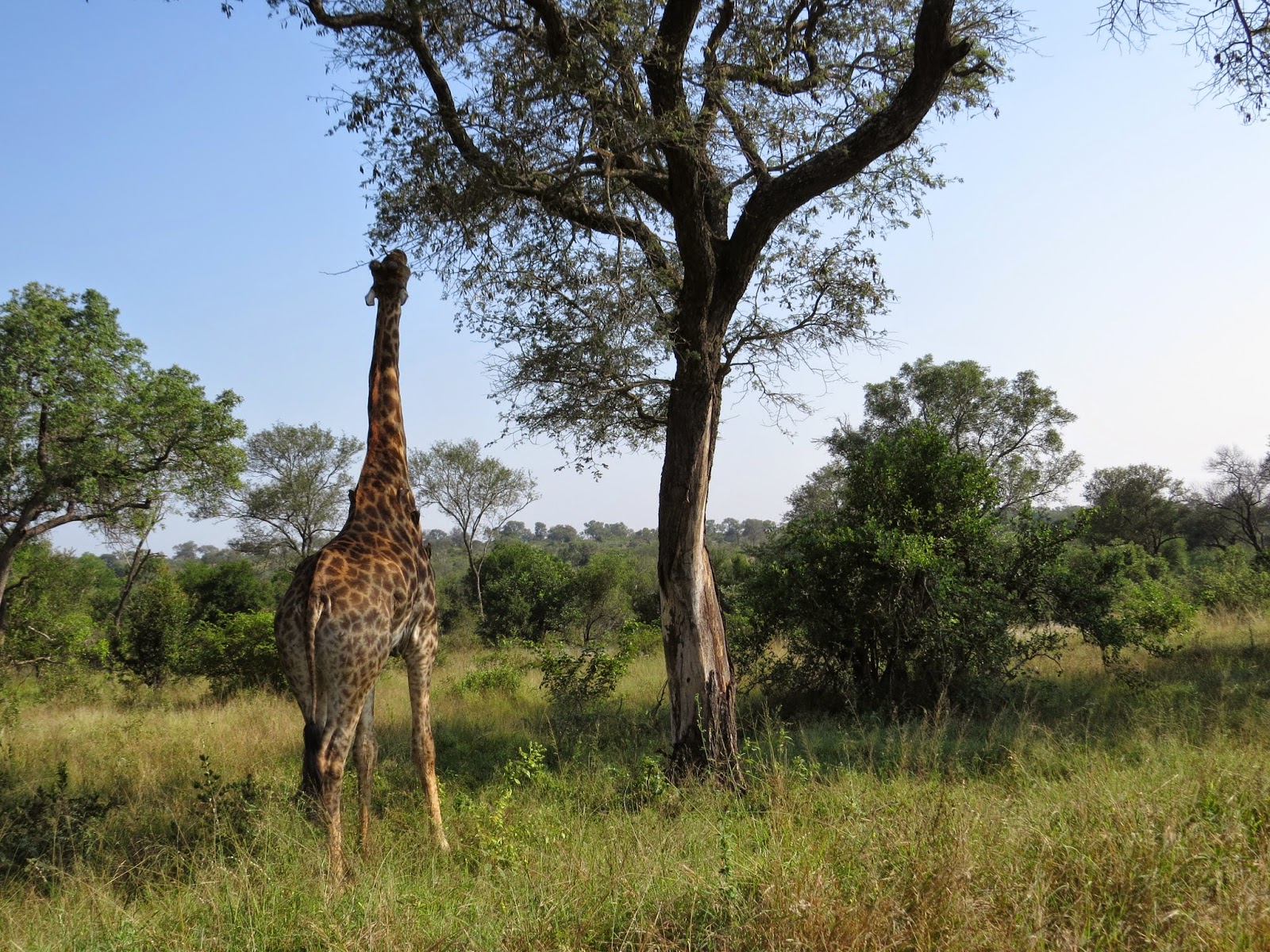 We were priviliged to see so many beautiful giraffes in the wild, I love the picture of the giraffe strolling down the road at The Kruger at the side of Harry's Bakkie. 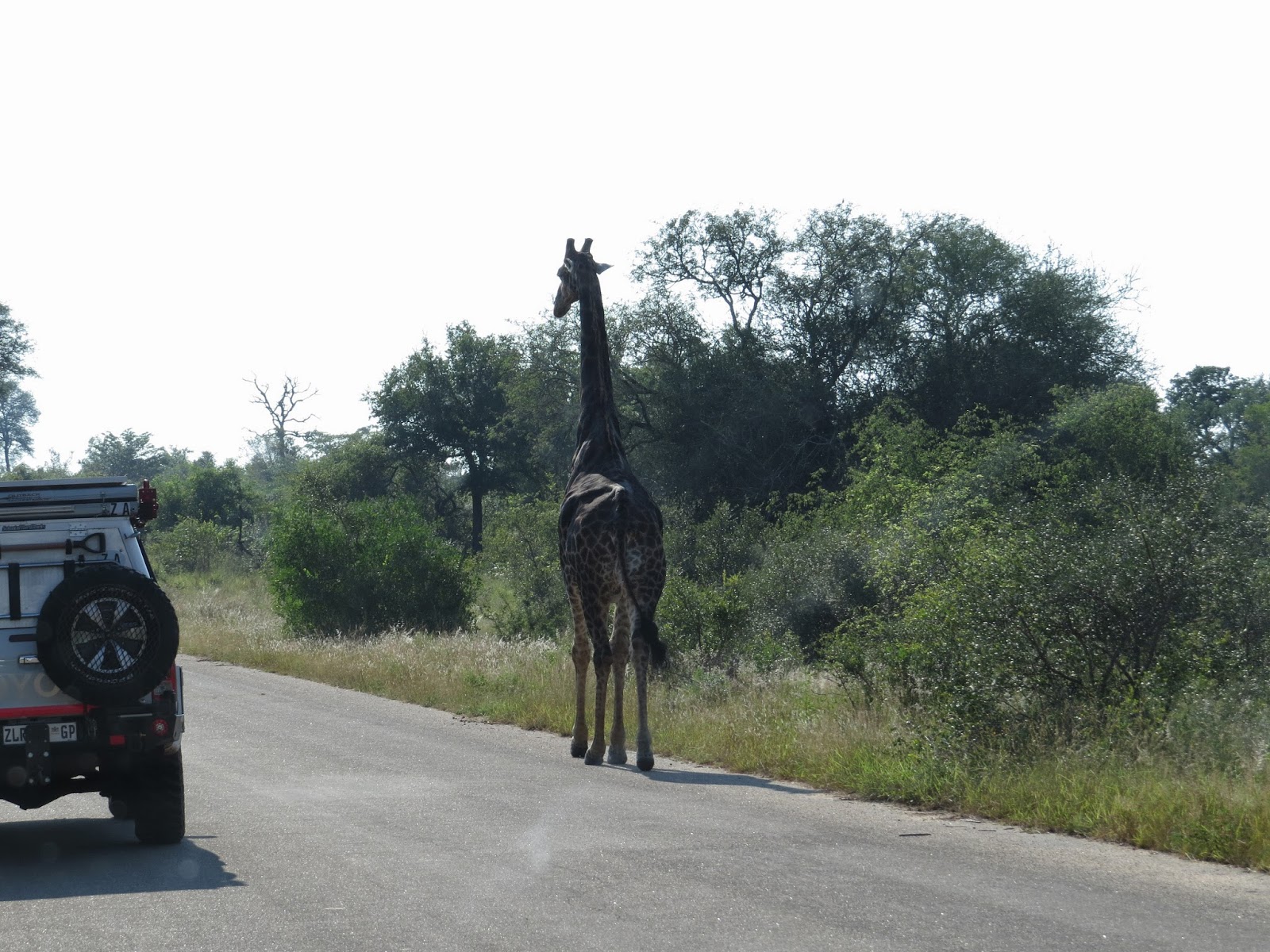 Having seen so many beautiful animals in the wild I think I would find it really hard to see them in captivity, they were truly one with their surroundings and meant to be there. 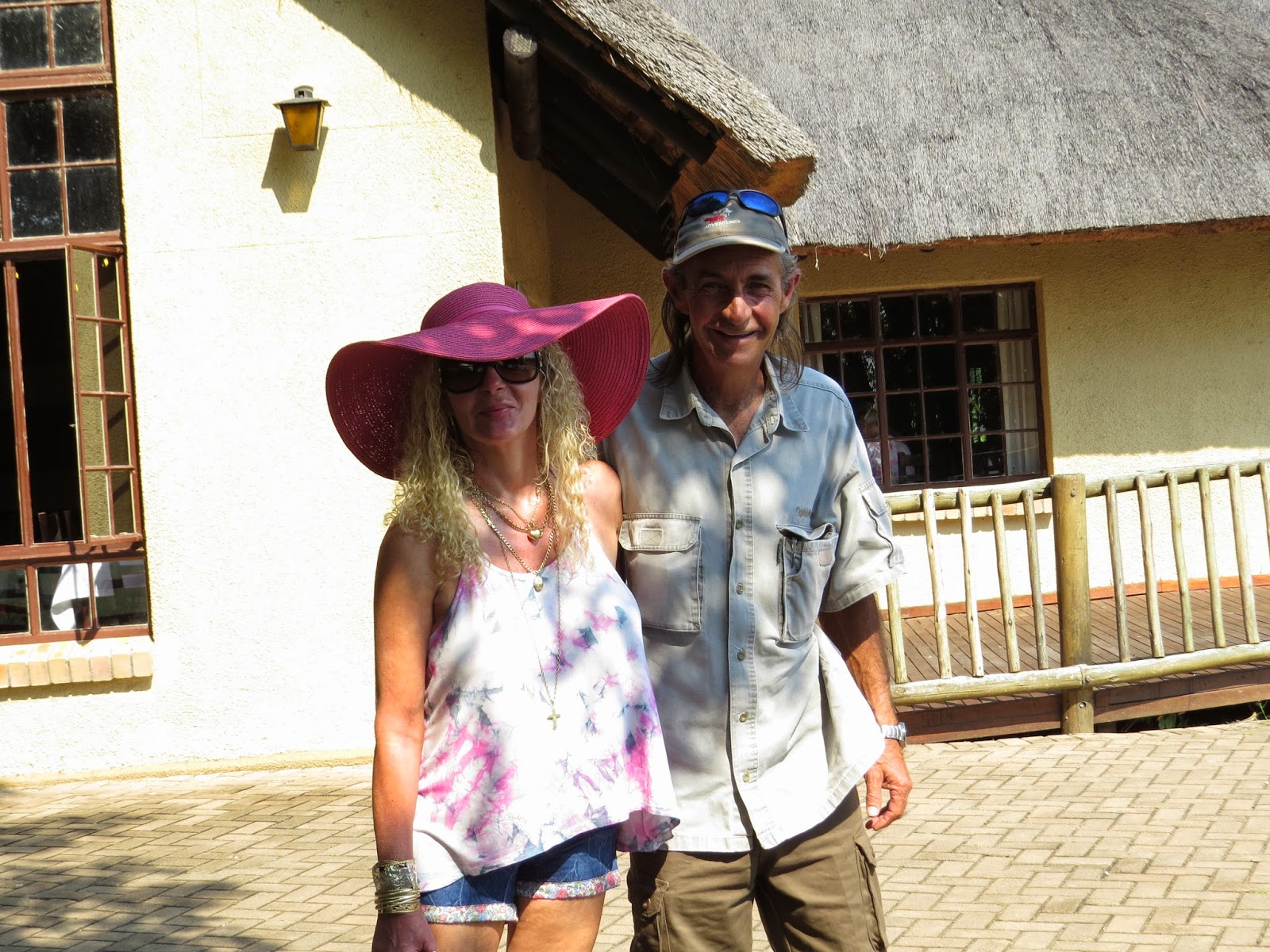